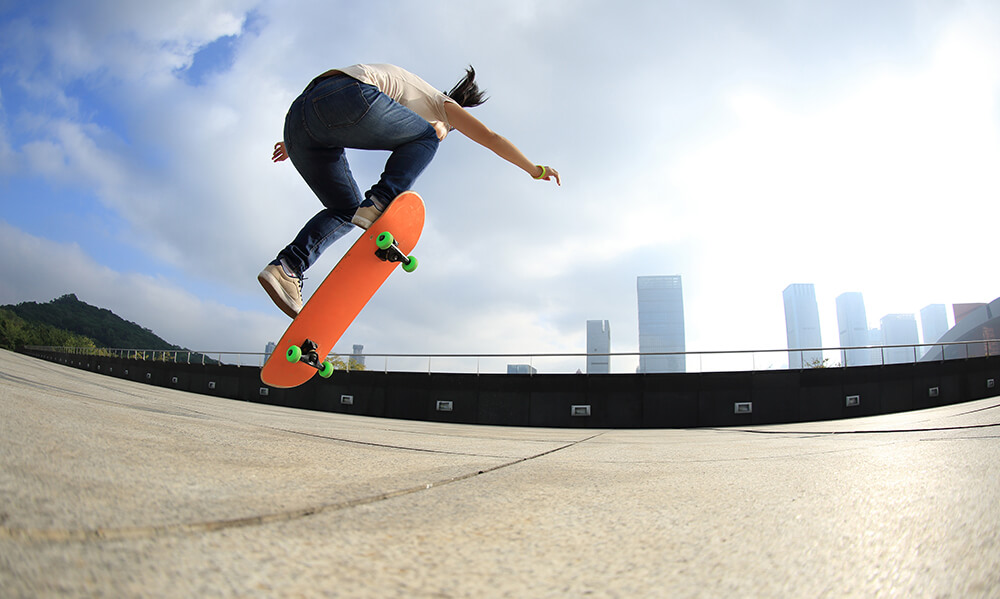 It allowed people to compete but also figure out new ways to ride.

Flip tricks are when you move your board in certain ways only using your feet. You may have to turn your body completely for 180, 360 or 540 flip tricks.

In this post I am going to show you some flip tricks and tutorials and how to perfect them, then you can start learning straight away.

10 flip tricks to become a pro

Learning how to kickflip seems difficult but if you put your mind to it, you’ll achieve the kickflip.

In short terms, a kickflip is where you ollie but flick your foot up which then flips your board using your back foot to guide the landing, once more comfortable you can double kickflip and kickflip down stairs or anything.

The kickflip is second to the ollie with almost everyone wanting to know how to land so check this tutorial out below.

A heelflip involves you flick your heel towards the concave and the noise.

Watch this tutorial below.

To master the backside flip you should be quite confident with your kickflips and backside 180s as this is a combined trick.

Check out the tutorial below.

The backside heel flip is just the combination of the heelflip and the backside 180 which I have mentioned earlier in the post, once they have both been mastered you should then move onto this trick so check out this video below.

The frontside flip is a frontside 180 combined with a kickflip, check out the video below which demonstrates how it’s done.

To learn frontside heelflip you’ll need to feel comfortable landing both heelflips and frontside 180’s tutorials of how to perform them tricks are found earlier in the post.

Check out this video.

When learning the 360 flip you’ll need to know some other basic tricks like the kickflip and 360 shuv it, when combining the two you’ll be able to perform this trick so check the tutorial out below.

A laser flip also known as a 360 heelflip is the combined trick of both a frontside 360 shuvit and a heelflip, the main point in this is that you’ll need to pop harder and flick faster to land the trick, so check out the tutorial below.

The hardflip is a frontside pop shuvit kickflip so learning the other tricks will help you gain confidence, to learn how to hardflip check out the tutorial below.

A backside pop shuvit heelflip, you’ll need to remember to place your back foot further of the tail and also make sure you flick it below is a guide on how to perform the trick.

As you can tell as the list continued the tricks got a lot harder but I’m sure if you continue practising and just re-watch and listen to the tutorials I’m sure you’ll have them tricks down in no time.

The key points to take away from this post is the positioning of your feet on your board, if you don’t flick hard enough the board won’t turn and you’ll land trucks upwards most times, but then if you apply too much you’ll overturn.

Once you’ve mastered these perhaps you’d like to try some grinds an slides? Or if you’re not ready to master these difficult tricks, start off at the very beginning with these basic skateboard tricks.

We use affiliate links to support the operation of this website. If you make a purchase, we may receive a commission at no cost to you.

FlitAndDrift.com is a participant in the Amazon Services LLC Associates Program, an affiliate advertising program designed to provide a means for sites to earn advertising fees by advertising and linking to Amazon.com. Amazon and the Amazon logo are trademarks of Amazon.com, Inc or its affiliates.